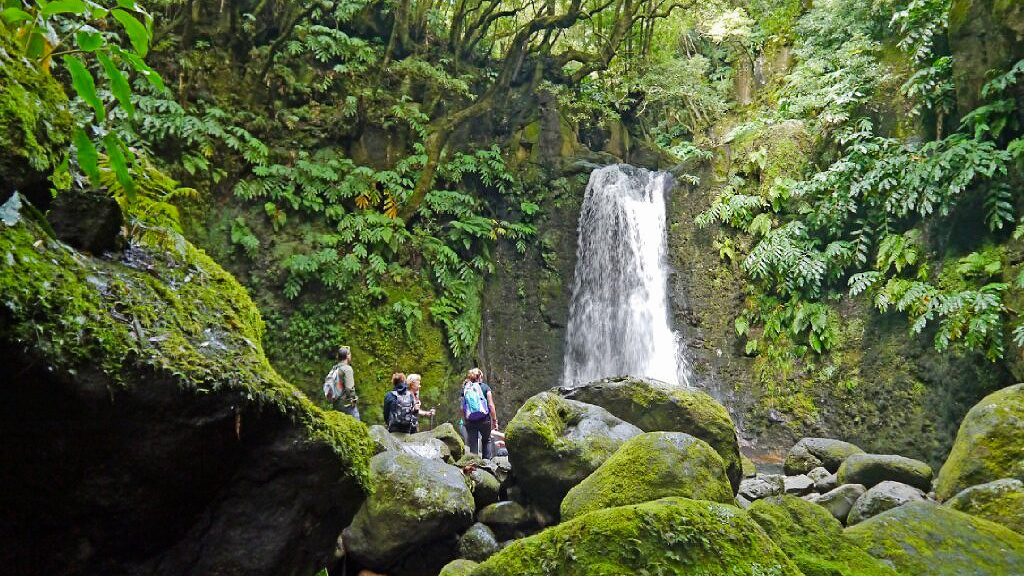 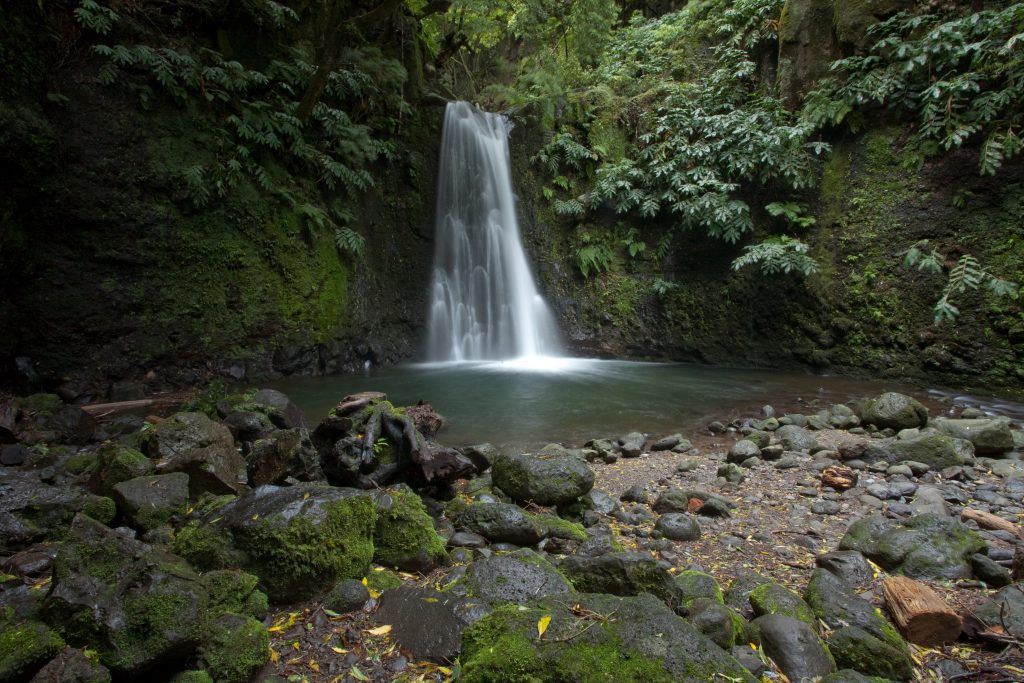 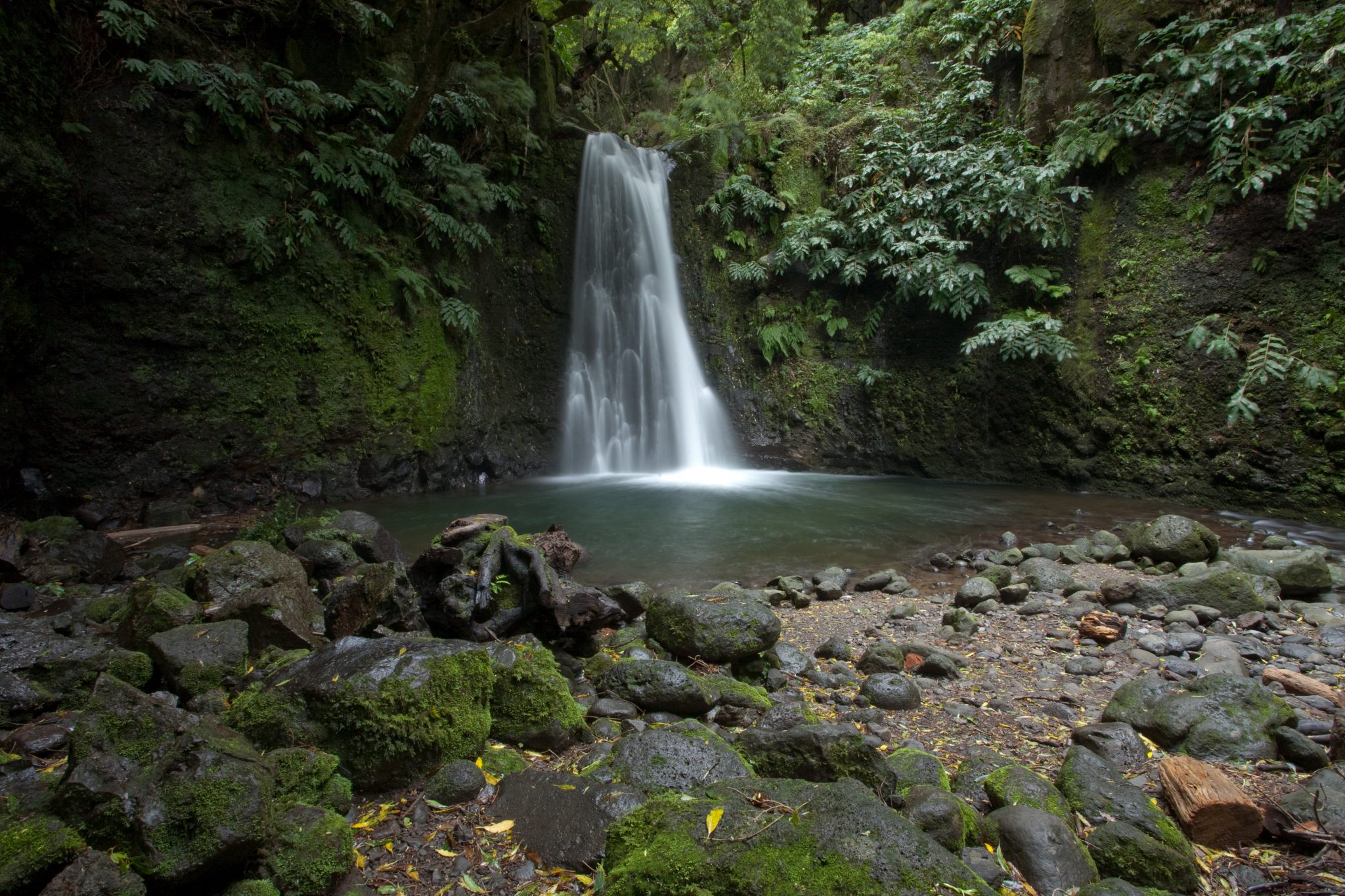 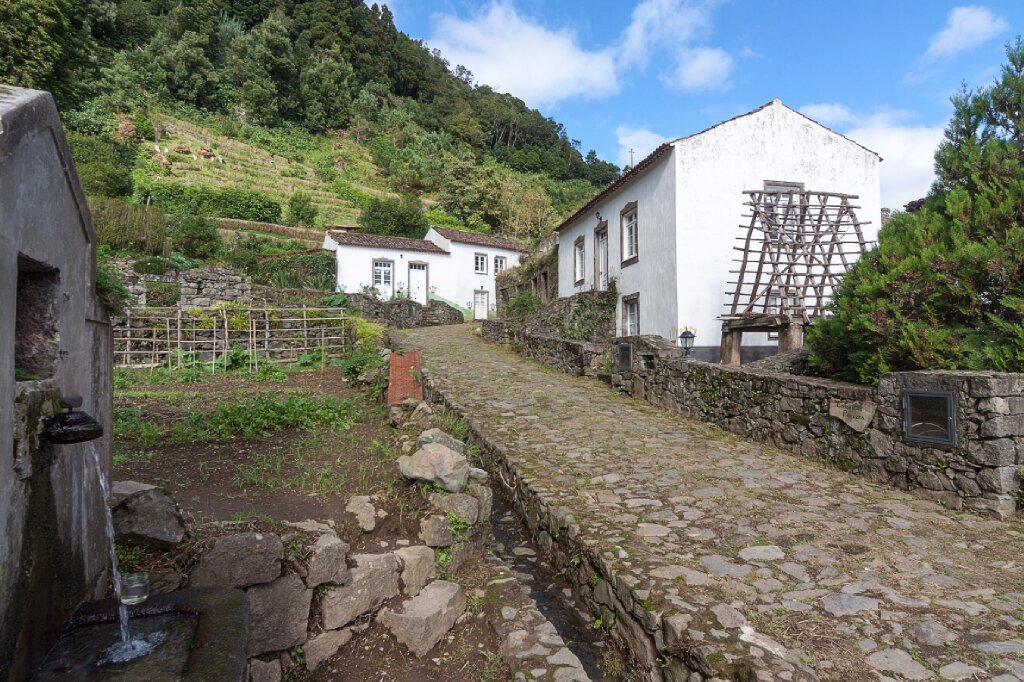 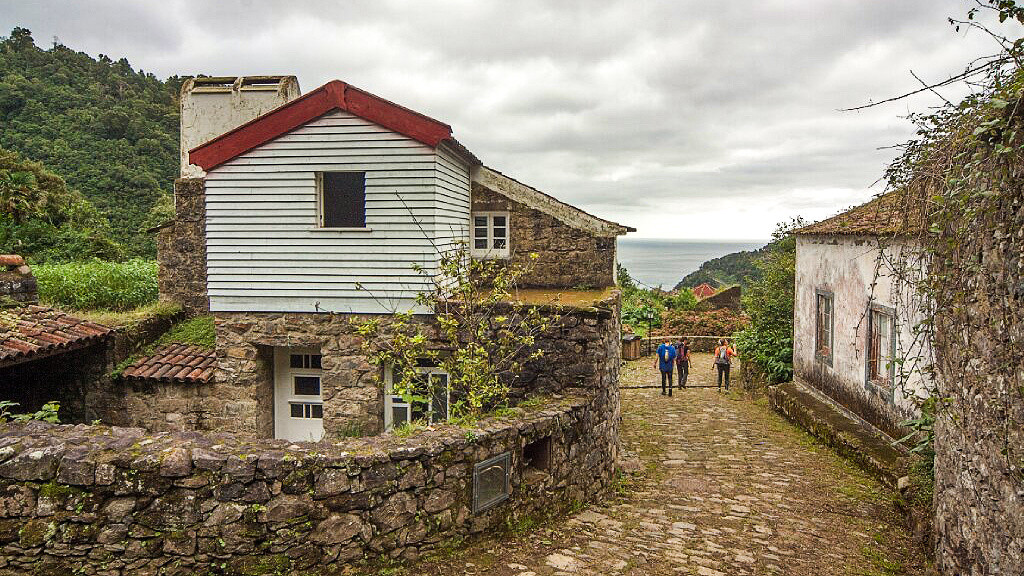 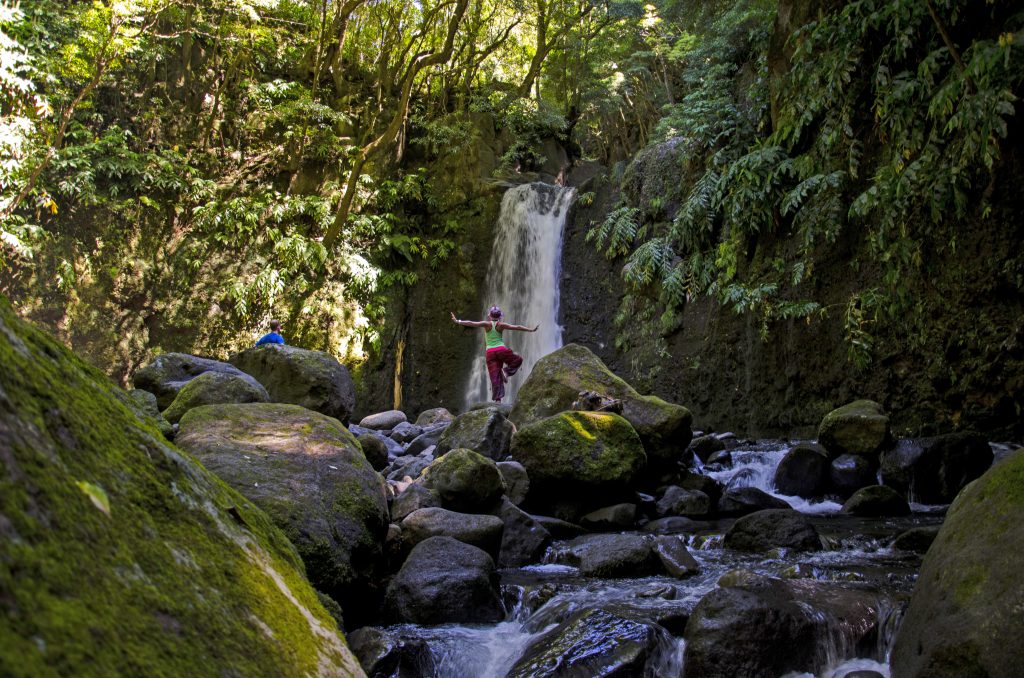 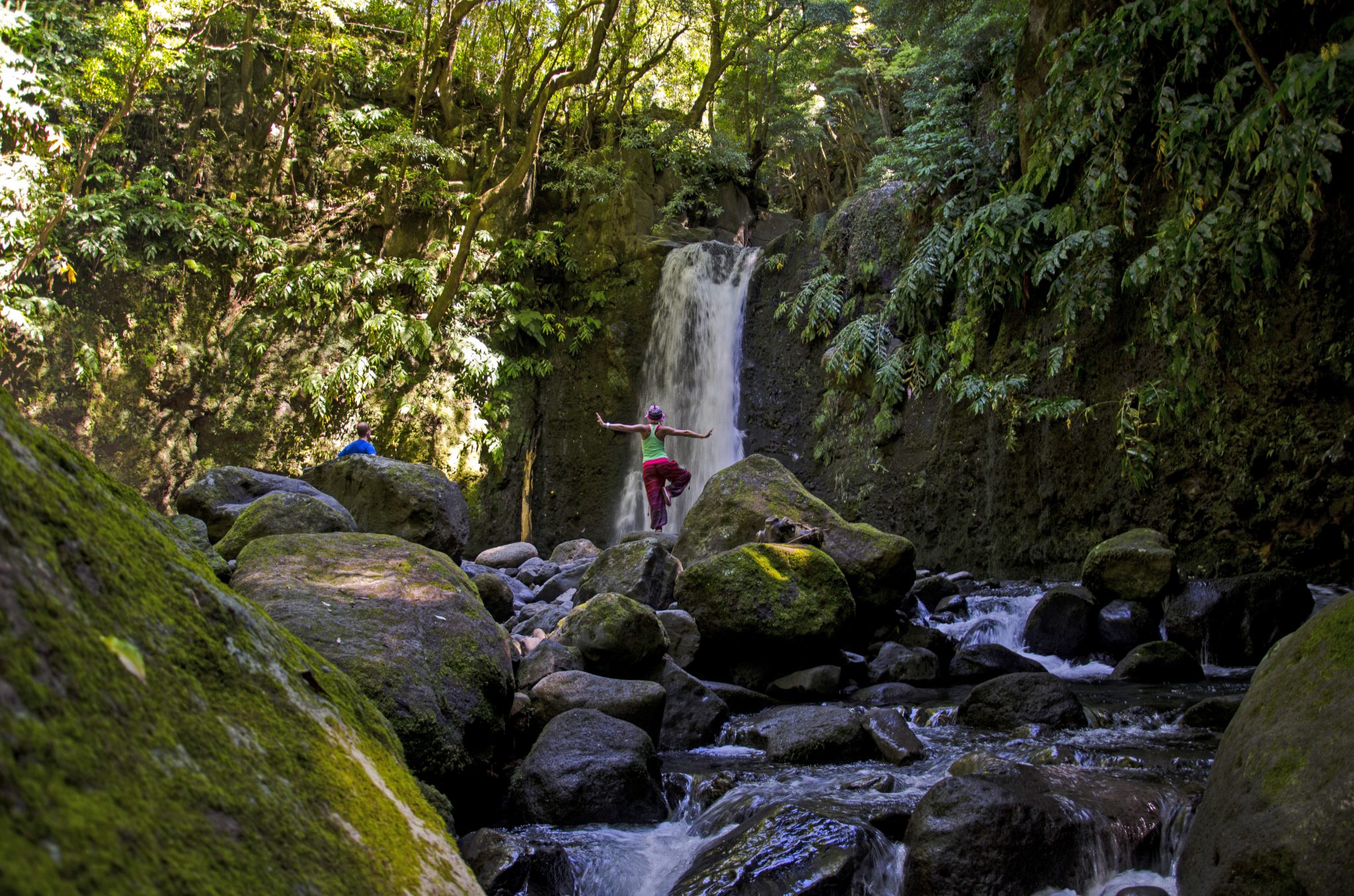 The activity starts with a drive by the south coast of the island, being possible to see amazing views over the hills, green pastures and the Islet of Vila Franca do Campo, a volcanic formation that is considered a natural reserve. Then, we enter the collapsed volcano of Furnas, one of the places where we can contemplate the volcanic manifestations, such as the hot springs and the calderas. After passing by Furnas, we exit the volcanic crater an enter in the Povoação, the first settlement of São Miguel. This trail begins in the parish of Faial da Terra, lasts approximately 3h30m and extends for 4,5 kms.

Initially, it raises to the place of Sanguinho, that got its name from the abundant endemic with the same name (Frangula azorica), by a steep path, with a breathtaking view over the parish and the ocean. Then, the trail continues through a forest of Japanese Cedar (Cryptomeria japonica) and some other species, such as the Ginger Lilys (Hedychium gardnerianum) and the Australian Cheesewood (Pittosporum undulatum) to the waterfall Salto do Prego, in one of the most beautiful places of the island. This is the perfect stopover for picnic lunch and for bathing in the crystal-clear waters of the waterfall.

The return is done along the path parallel to a stream that flows from the waterfall to the parish of Faial da Terra, through lush vegetation. The return to Ponta Delgada includes a stop in the village of Povoação, being possible to try the local pastry, specially the” Fofas” from Povoação. On the way back to Ponta Delgada, we cross to the north coast, being possible to see the only tea fields in Europe, the hills and the landline of the north coast, passing by Ribeira Grande, the second biggest city of the island and then crossing back to south coast, through the narrower part of the island, with just 8 km. After a brief drive in the south coast, the activity ends with the arrival in Ponta Delgada.

Hotel pick-up from outside the city center;

This walking trail is not recommended to people with joint problems.