Situated in the Eastern Group is the most southern island of the archipelago. It was the first island to be discovered and is distinguished by having a warmer and drier climate which gives part of its vegetation a more yellowish tint. Due to these weather conditions, Santa Maria is assumed as the seaside resort of the Azores.

The most famous beach is Praia Formosa, where you can practice aquatic sports. In an amphitheater position, São Lourenço Bay is surrounded by vines cultivated in terraces. In the northern part of the island there remains the chapel where Christopher Columbus had a massa after his return from America, the hermitage of Nossa Senhora Dos Anjos (XV century). The Church of Nossa Senhora Da Assunção (XV century) patron saint of the island is one of the oldest of the archipelago. A collection of the island´s natural heritage can be found at the Environmental Interpretation Centre of Dalberto Pombo.

In Barreiro da Faneca we meet a barren landscape of reddish clay commonly know as the “Red Desert”. The Ribeira de Maloás, Pedreira do Campo and Fossils of Santa Maria are other points of interest for their geological formations.

The land provides for one of the tastier dishes of Santa Maria. Turnip broth is made with a local kind of turnip, small and dark in colour. As for sweets, there are many local recipes. Tigeladas are often served in restaurants; however light crip cakes (cavacas), meringues, honey-cakes and cinnamon-based pastries are more typical, along with the biscoitos de orelha ( ear biscuits), so called due to their shape.

Rock-melons grown on the island have attained fame and a gourmet status over time. As for the handmade sausages, the highlight goes to the Alheira of Santa Maria. This is an island with a wine tradition, brandy and fruit liqueurs are also a characteristic of this island. 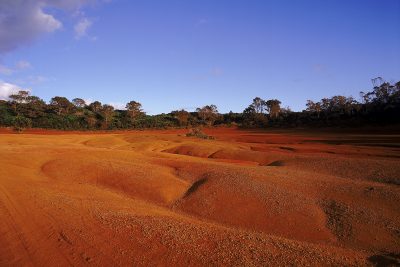